Rollover accidents, according to the statistical evidence available, results in one of the highest fatality and extensive injury rates than nearly any another motor vehicular accidents. The stress to occupants and the vehicle structure are very high. Even wearing proper restraints, the arms are thrown out broken windows due in part to the centrifugal forces (a note: There really is no such word as ‘centrifical’ at least not formally, it is a verbal word sounding like the correct word, but is not recognized as word, it is referred to as an ‘egg corn’), where they are subject to the fury of the rolling car.

What Parts Can Be Repaired or Salvaged After a Rollover Accident?

Cars are built tough but their resistance to damage is compromised in a rollover. Jeeps and race cars all come with roll bars integral to the vehicle as they have a high potentially rollover rate. For salvage the problem arises what can be used and what parts are only good for scrap. As the vehicle rolls force acting on the unit can be extreme, especially if it’s a bouncy roll with the attendant multiple violent contacts with the ground surface, gutters and road pavement. The doors and top suffers and therefore are not serviceable. Axle housings are bent preventing their repurposing and use as a replacement part or rod building project. The engine and transmission, and in four wheel drives the transfer case and attendant wiring harnesses could be usable. Generally wheels are bent if steel and broken if alloy and tires shredded. Not only are rollovers tough on the occupants but are extremely destructive of the vehicle itself.

How Did the Vehicle Roll & Land During the Rollover?

Tripped rollovers occur when striking something like a curb that initiates the rollover. The part of the vehicle contacting a curb is usually the wheel that takes exaggerated force from a direction they’re not designed to cope with. Most insurance agencies total the vehicle after a rollover. If the car lands on its top other considerations include fluid leaks, not limited to the radiator but fuel and oil as well. Though vehicle explosions and fires are not as prevalent as depicted by Hollywood, leaking fuel does pose a hazard. Landing on its side the car or truck may still find retention of fluids problematic, as fuel tanks where never designed to operate in this position, in fact they are vented to the top or top and sides. The tops collapse and doors are crumpled or ripped from the body of the vehicle. Doors, hoods and trunk lids are subject to impact, abrasion and centrifugal forces. Being thrown open or ripped from the vehicle. If the top collapse only a little imagination needs to be used to visualize what happens to the occupants. Stressed or broken necks and spine result, along with very bad trauma to the head.

Selling Your Junk Vehicle for Scrap & Parts After a Rollover

Generally an extensive rollover regulates the vehicle to the scrap heap. However for the recycler there is value in that rollover victim. Engines and transmissions come to mind. About 1,500 – 2000 pounds of scrap iron and a 1,000 feet of copper wiring, all valuable commodities.

So if you’re looking for parts for that hot rod project or fixing up that classic you may want to avoid a rollover vehicle for your needs. Contact Affordable Towing & Junk Cars for all your towing and roadside assistance needs as well as to sell your junk car for cash. 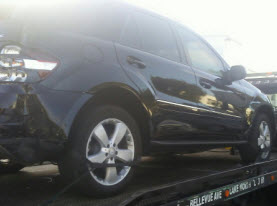 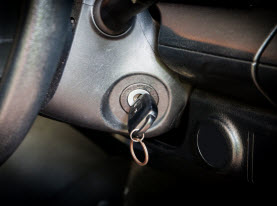 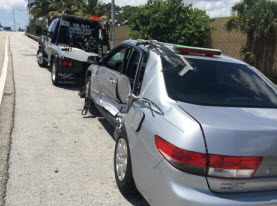 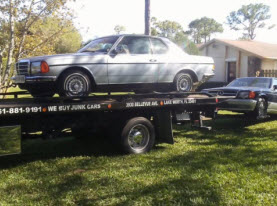